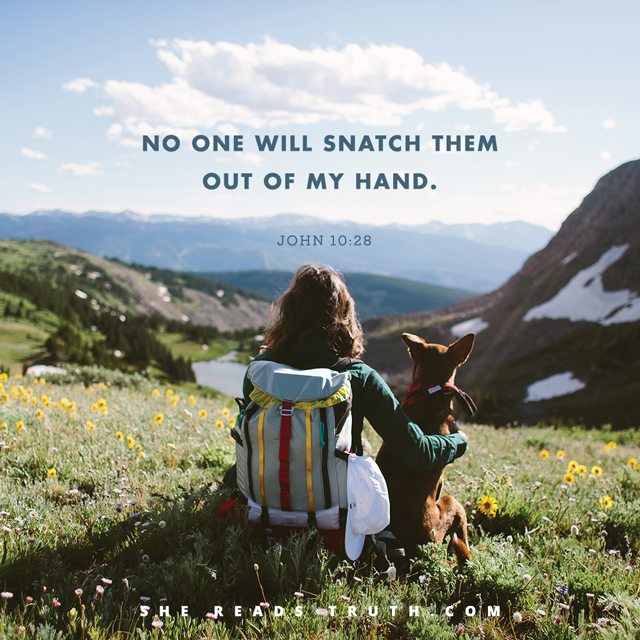 “You are not good enough.”

“You’re never going to get it right.”

“That was awful. Why did you think it’d be anything but?”

“Oh, that was definitely directed right at you.”

“Everything is going to get messed up.”

“You are the worst.”

“This is all going to go wrong.”

“Something is wrong with you.”

“Maybe the world would be better off…”

These are just some of the voices that I hear on a daily basis, fighting for me to embrace and accept what they say as truth. Day in, day out, every action is accompanied by some rogue thought that is planted in my brain by the likes of mental illness. And these are just some of them. They just begin to paint the picture of what it’s like to live with these struggles, one telling you that everything is wrong and the other saying nothing is worth it.

Depression and anxiety are the backseat drivers of my life, taking over my every thought and move with an annoying comment or an “are we there yet? (but worse)” every five minutes. They nag and they pull at every fiber of my being until I begin to emotionally, mentally, physically unravel. And then I just collapse under the weight of it all hitting me at once.

Some weeks these voices take over my thinking, like a tape recorder constantly playing in the background of my days, trying to scream at me with things that my brain wants me to think about myself.

Some weeks they scream loudly after every mistake or every conversation, overpowering any kind word or thought about myself.

It’s been one of those kind of weeks.

It’s been a rough mental week, which means I’ve been dealing a lot with the extra loud screaming voices in my head- the ones from anxiety telling me to overthink everything and be hyper sensitive, to the depression ones telling me that I’m not good enough or that no one cares. I deal with these external voices day in and day out, but sometimes they’re louder than I need them to be.

I’ve been studying the book of John over the past few weeks with She Reads Truth. John is my favorite gospel and one of my favorite books of the Bible. I’m a little behind (what’s new?) so I got to Day 12 this week– the story of The Good Shepherd (John 10). It’s a story we’ve heard time and time again, but this week, I felt like I read it with fresh eyes– or through the eyes of my mental illness. What I took away from it this time around was different than what I’d taken from it before.

I am the good shepherd. The good shepherd lays down his life for the sheep.  He who is a hired hand and not a shepherd, who does not own the sheep, sees the wolf coming and leaves the sheep and flees, and the wolf snatches them and scatters them.  He flees because he is a hired hand and cares nothing for the sheep.  I am the good shepherd. I know my own and my own know me,  just as the Father knows me and I know the Father; and I lay down my life for the sheep. And I have other sheep that are not of this fold. I must bring them also, and they will listen to my voice. So there will be one flock, one shepherd.  For this reason the Father loves me, because I lay down my life that I may take it up again. No one takes it from me, but I lay it down of my own accord. I have authority to lay it down, and I have authority to take it up again. This charge I have received from my Father.” (John 10:9-18, ESV, emphasis mine)

I was reading quietly, nodding along… until I got to this:

A thought popped in my head that I wrote in my SRT study book: There are a lot of “hired men” represented in my life.

A lot of voices, thoughts, what have you that set up camp in my head and heart long enough for me to believe them. But then these voices and thoughts run off and hide when met with truth– proof that they are not the voice I’m supposed to be listening for.

Anxiety doesn’t care about me. It flings me to the wolves when the going gets tough and overwhelms me with fear and worry.

Depression doesn’t care about me. It makes me hyper sensitive to the world around me, makes me numb to whatever feelings I need to feel, and  forces me to think I’m not worth caring for.  It forces me in front of the wolves, fleeing behind me to avoid what’s next.

There are other voices too– voices from people that tell me I’m not enough, or people that tell me I’m this or not that. I’ve had people tell me who I am and what to do and not to do my whole life, sometimes I don’t think I have a voice for myself at all. I’ve listened to a lot of voices– from people, media, etc. There are a lot of voices vying for head space, vying for attention.

There are a lot of voices I’ve listened to before I listen to the voice of the Shepherd. These other voices take up precious headspace from the one true voice I should be listening to.

The voices of anxiety trying to make me worry about every little thing (instead of trusting that the Shepherd will care for me and won’t let me be snatched from his hand).

The voices of depression tell me that numbing myself to feeling makes everything better (instead of going to the Father for comfort, knowing that He was human and understands feelings). Depression tells me that I’m not worth anything and I should give up (where the voice of the Shepherd tells me that I am a daughter and because of that I am worth it all– and that in Him I can do everything).

The voices of others tell me I have to look like this or act like that, that I can’t do this or be that, where God tells me that I have a purpose and he will be faithful in making that purpose come alive– no matter what it is or if I’m qualified for it. (He prefers unqualified people from the likes of the Bible, so I’m good there!).

All these other voices makes it hard to hear the true voice. The voice that promises to guide me day in and day out. The voice of the one who made me and knows me well.

Even when I don’t know the road ahead of me, I can breathe knowing that there’s a Shepherd calling me by name, a Shepherd that knows me and won’t let me be snatched out of his hand.

Something tells me that His voice is worth listening to over the voices in my head. Even when they scream louder than His calm whisper. Even when the thoughts are overwhelming to the point where I can’t hear any voice, let alone the voice of the Shepherd.

His voice is the only one that can guide me where I’m meant to go.

His voice is the only one that can bring me comfort when I don’t know where to turn.

His voice is the one that stills the waters when they’re raging around me and I feel like I’m going to drown.

His voice is the voice that leads me to full life. Abundant life. Those other voices, like the hired hands of the fields, can’t offer that.

It’s time to stop giving in to the voices that scream at me versus the one that brings me life.

I am found (he saw me at my worst and still wanted me).

I am chosen (he calls me out by name to be his).

I am beloved (loved enough to have Him die for me).

I am wanted (he wants a relationship with me– he is the lover of my soul).

I am helped (because he gives me strength to do all the things).

I am cared for(because he gives me rest).

I am healed (by his wounds).

I am free (bought with the blood).

I am a daughter (because He is my heavenly father).

I  am held (by a Father who won’t let me be snatched from his hand).

I am enough (because of Jesus in me).

I am forgiven (grace sets me free from all I have done and will do).

I have nothing to fear (He has me in the palm of his hand).

These are the truths I should be clinging to (and many more). These are the words from the voice that loves, the voice that guides me into everlasting and full life. These words come from someone that isn’t going to up and run when the world gets tough– no, these are words from a Shepherd who is my Father, my comforter, and my friend. And His word promises me that His voice will bring me wherever He leads me… that His voice will comfort me with truth and love, not with fear or doubt.

His voice is the only one worth listening to.

And His voice is the only one I was truly meant to follow.

It’s time to fight back against the voices that tell me otherwise.

1 thought on “against the voices.”